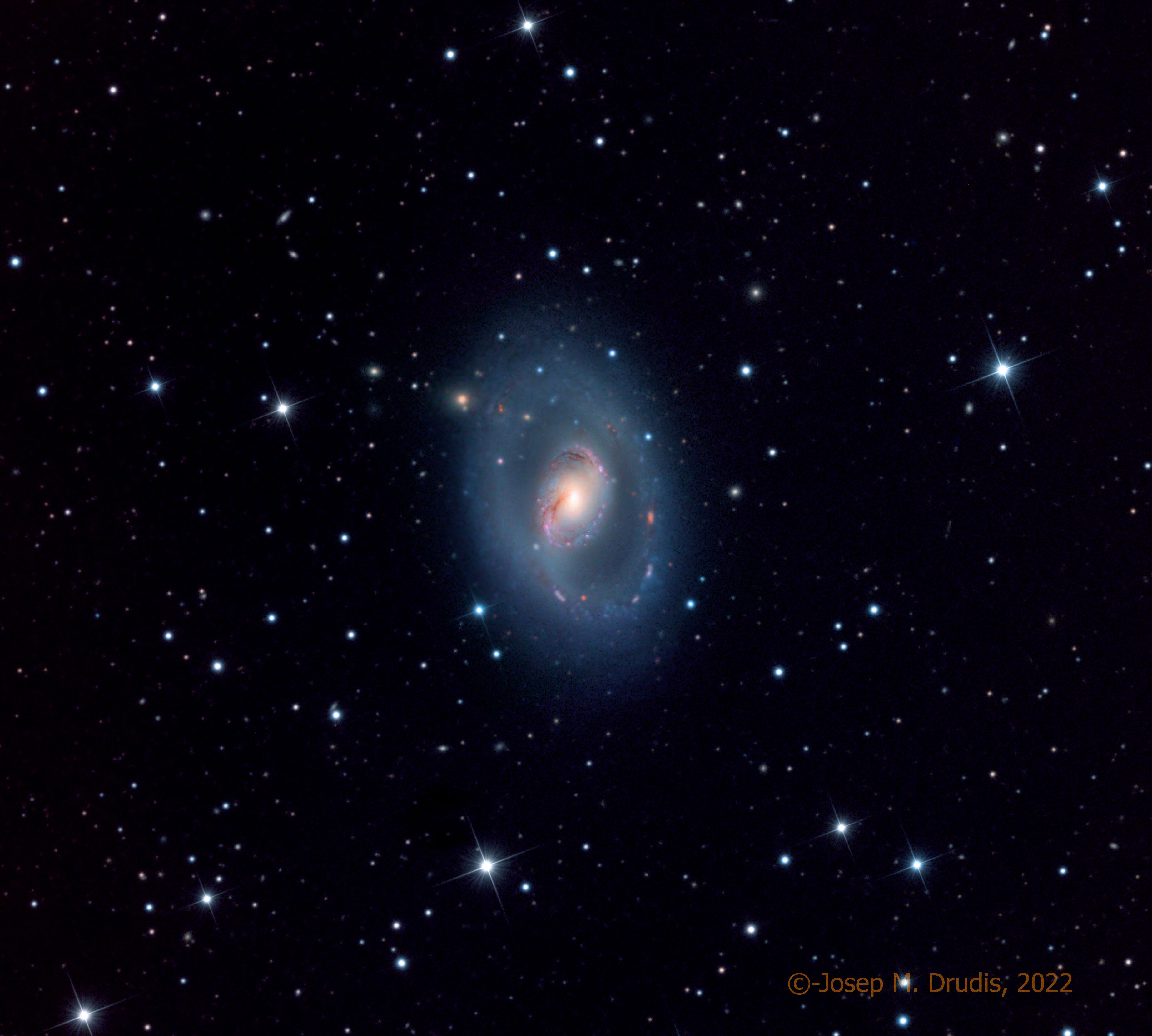 “Imperfection is beauty”. This is, most probably, completely true for Messier 96. M96 is a double barred intermediate spiral galaxy Type SAB(rs)ab, but its core is not located at its center, the distribution of its dust lanes is clearly non-symmetrical and its arms are not well defined. But indeed it is a beautiful galaxy. This odd structure is, most probably, the result of several gravitational encounters within the M96 Group, the most recent with the elliptical galaxy NGC 3384. M96’s group has at least 12 members, two of them are also Messier objects: M95 and M105. The elongated, red blob on the right side of its external ring is 2MFGC 8391, located at about 700 Mly. M96 has the same size but about one third of the mass of the Milky Way.