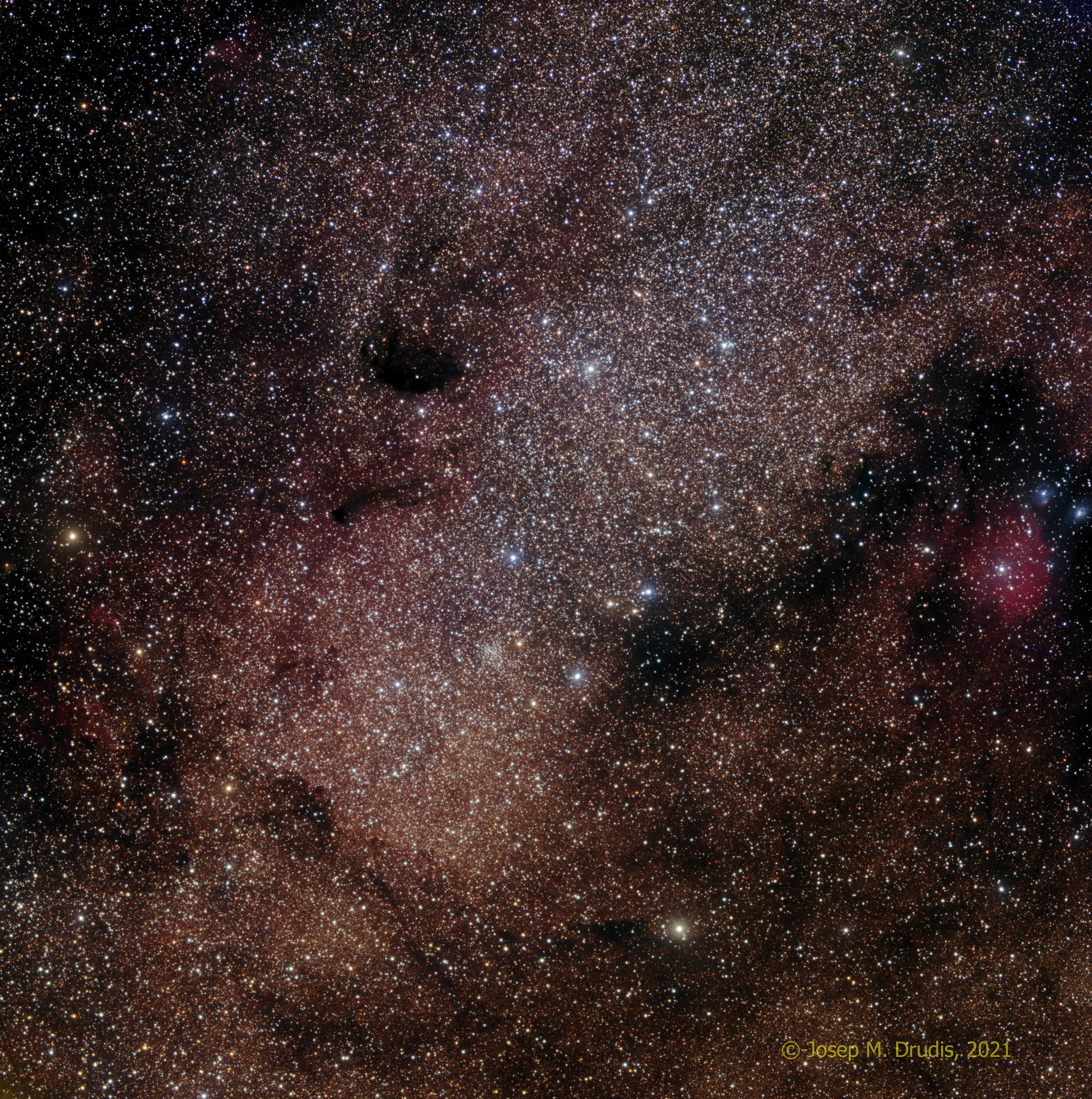 Messier 24 is a star cloud and one of three Messier objects that are not deep sky objects. The other two are M40 (a double star also known as Winnecke 4, WNC4) and M73, an asterism formed by four unrelated stars. M24 is located in the constellation Sagittarius and has a large size (90 arcmin). The three images in this page are: Messier 24 in wide field, the same image but annotated with the most important deep sky objects in the field and a high resolution image (corresponding to the white square of the wide field image) detailing a bit more this cloud. The deep sky objects in the field include the open cluster NGC 6603, the emission nebula IC 1283,  IC 1284, NGC 6589 and NGC 6595, three nebulae located on the center right border, as well as two dark nebulae: LDN 232 (Barnard 92) and LDN 328 (Barnard 93). 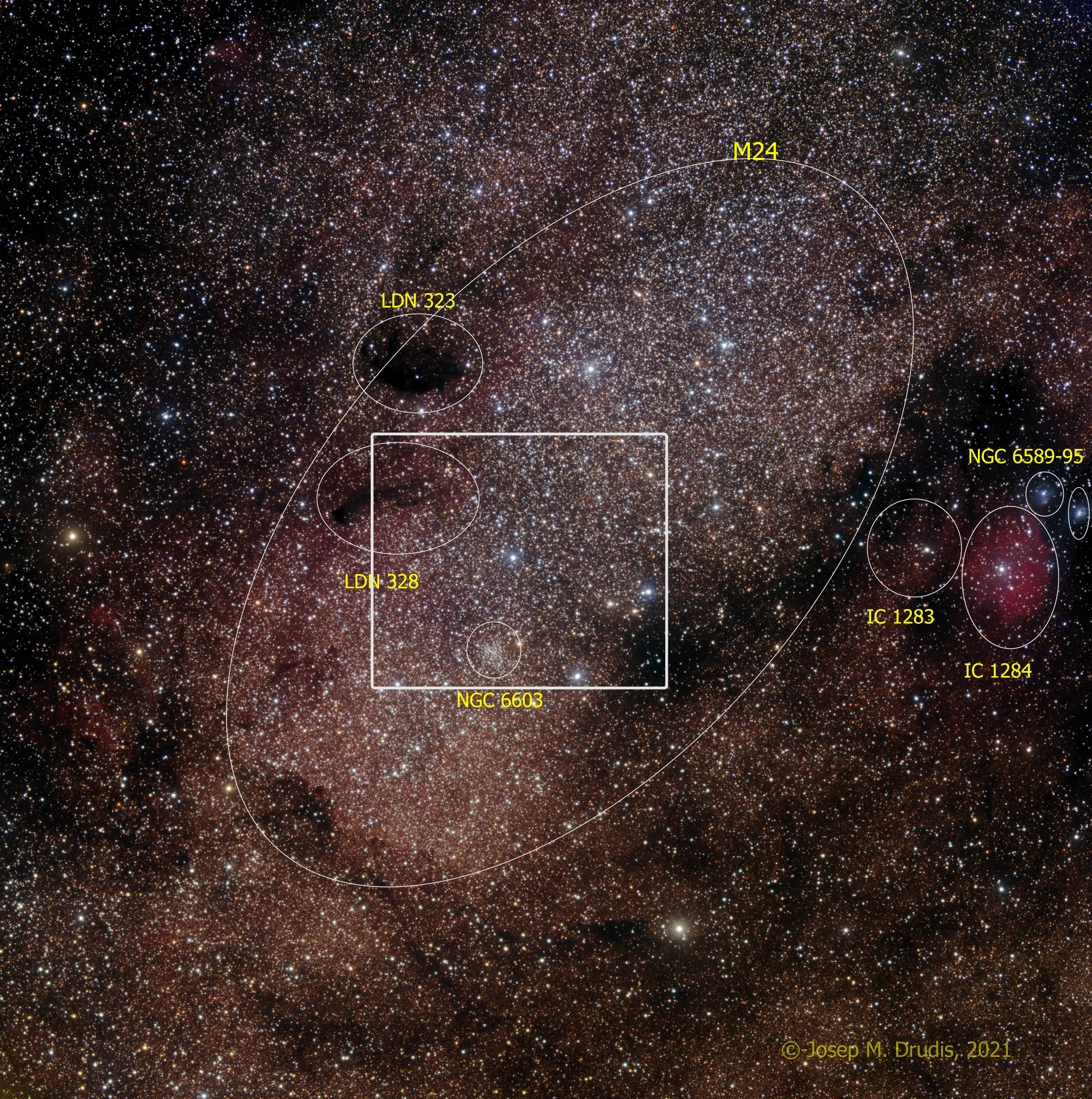 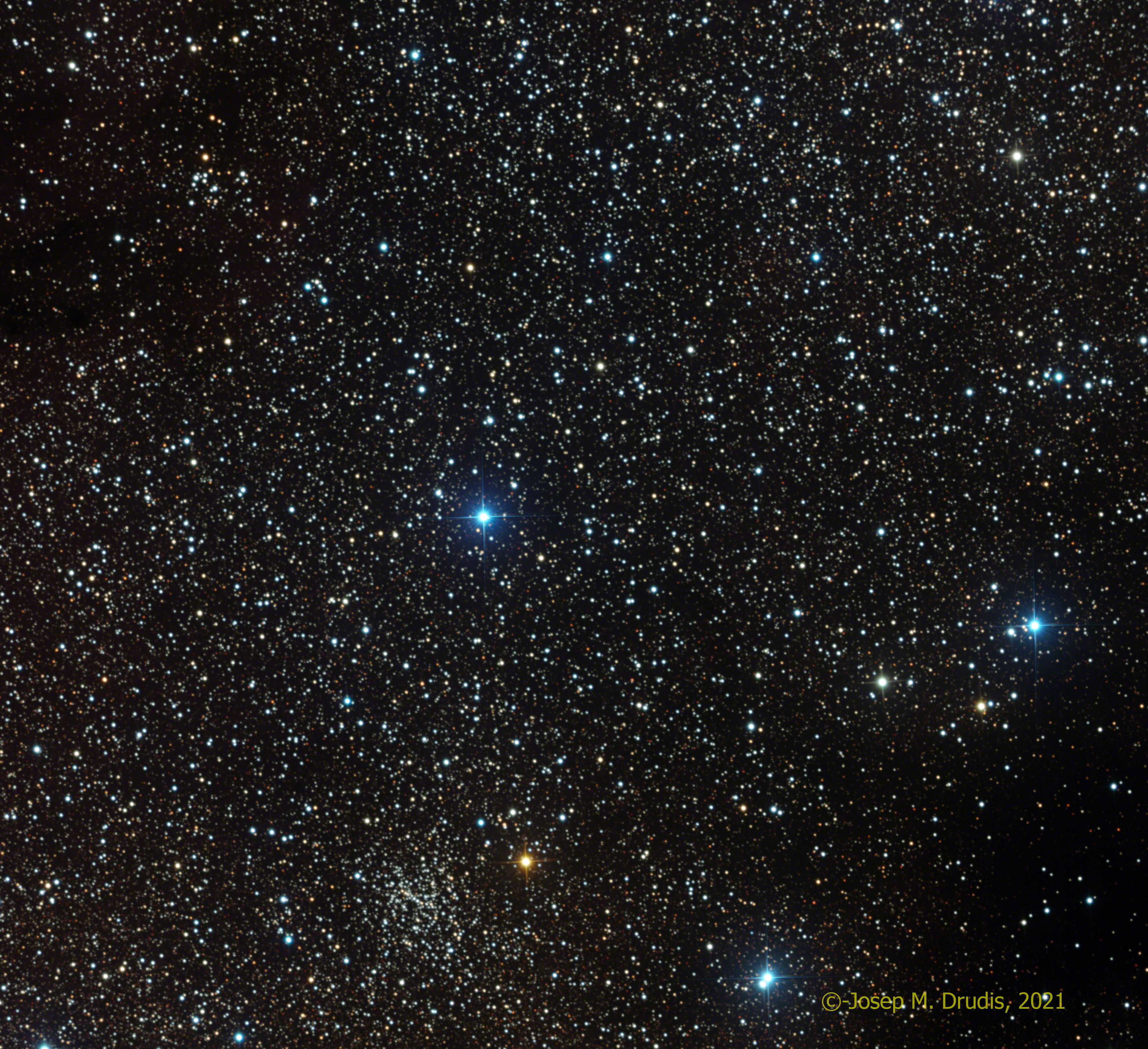